Engage is the lead advocacy and training network for gallery education

mima is one of the UK’s leading galleries for modern and contemporary art and craft. The landmark building designed by Erick van Egeraat Architects is situated in the heart of Middlesbrough. mima opened to international critical acclaim in January 2007. Hosting temporary exhibitions of fine art and craft from 1900 to the present, mima showcases work by internationally acclaimed artists. Exhibitions change throughout the year and admission is free. mima is a partner of Tate, and exchanges programmes, ideas and skills with the Plus Tate network of visual arts organisations.

The recipient of the 2013 Alexandra Reinhardt Memorial Award was Elpida Hadzi-Vasileva. Over the course of her ten week residency Hadzi-Vasileva worked closely with mima’s Creative Apprentices to carry out an education programme which fed into a commissioned artwork: a sculptural piece for mima’s garden, incorporating sound, which was launched in May 2014. The commission will become part of mima’s collection.

Hadzi-Vasileva was born in Macedonia and studied at Glasgow School of Art and the Royal College of Art. Her art practice focuses on creating high quality and ambitious sculptural and site-specific work. This has included the realisation of large-scale landscape interventions and complex gallery installations, for which she has gained critical acclaim.

Working with varied media including sculpture, video and sound installations, photography and architectural interventions she uses materials that are unusual, precious, ordinary and ephemeral; from organic materials and foodstuffs to gold leaf. Central to her practice is an interest in responding to the particularities of a given location, its history, locale, environment and communities.

Hadzi-Vasileva was  selected to represent Macedonia at the 55th International Art Exhibition in Venice in 2013 and has exhibited work and undertaken residencies across Europe.

Elpida’s sound sculpture is situated in mima’s garden for all to enjoy. You can walk round and through the sculpture to activate the sound or hear the sounds here.

Elpida’s starting point was to first explore, visit and research this great region, its rich landscape, industrial roots and pioneering heritage in iron and steel making.

Through a series of workshops and events, Elpida interviewed a wide range of people from Middlesbrough gathering and recording their stories and memories of living and working in the town including their hopes and dreams for the future, alongside sound recordings from local industry and heritage sites.

HA[SOFT]RD stands tall like a machined jewel using industrial parts and materials that reflect the town’s local economy and recent business growth. The honeycomb porcelain filters used widely in local industry float within a bespoke steel mesh which makes up the body of the work, perfectly framed within a strong steel structure.

The work is a tribute to the town’s industrial roots and the local community who proudly refer to themselves as ‘smoggies’, a nickname for people from Teesside that was coined due to the industrial nature of the area. It was first used as a derogatory term, but now many people proudly call themselves Smoggies, including supporters of Middlesbrough FC and local MP Tom Blenkinsop, who used it in a parliamentary speech in 2011.

The unusual name for the sculpture, HA[SOFT]RD, is inspired by a quote from Middlesbrough Mayor Ray Mallon, when talking to Elpida about the new work.

As part of Elpida’s residency she interviewed and worked with staff at William Lane Foundry which has been casting on Teesside for 150 years.

Middlesbrough’s industrial roots are firmly in iron and steel making, and it’s that pioneering heritage that gave the town its Infant Hercules image at the height of the industrial revolution

But the town also has a long tradition of nurturing culture and the arts, from its historic art collection and mima, to the music, theatre and comedy performed in venues around the town every day of the week.

Someone once remarked that Middlesbrough people have a hard exterior, but a soft centre, and I think that’s a good description. 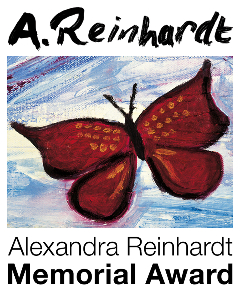